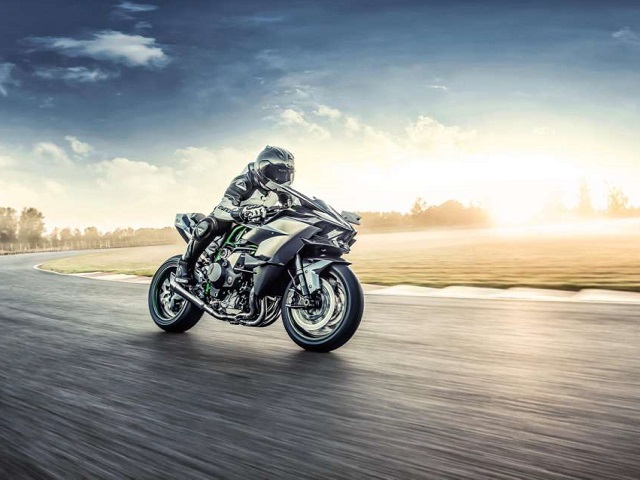 Website Closers® presents a highly driven eCommerce business specializing in the online marketing and sale of motorcycle parts, tools, accessories, and related Moto Gear. Established in 2016, this company has demonstrated an ingrained success from creating solid agreements with major suppliers across the U.S. This impactful framework has set them above the competition as a leading accessories-authorized dealer of two-wheeled motor vehicle parts and accessories. Sales of motorcycles have risen significantly in recent years. Retail Powersports sales were stronger last year than in the past three years, while off-highway motorcycle sales were up 18.9% from 2019. Many motorcycle dealers attributed the industry growth to the desire for a distanced outlet during the sudden stress of the pandemic. This jump in popularity has led to a parallel jump in the accessories and tools provided by this brand which is sustaining its growth into 2021 and beyond as aging bikes begin necessitating more and more care.

An undeniable quality that sets this strategically developed company apart from its competitors is its astonishingly diverse product line of more than 120,000+ SKUs. Over the course of five years, the company has prevailed in its mission towards expansion, and with an average order value of $300, the company has a well-rounded foundation that is ready for additional growth.

This brand provides a wide range of compelling SKUs, offering parts for ATV, UTV, Off-road bikes, Street bikes, Snowmobile, Adventure/cruising bikes, and so much more. Capitalizing on some of the most frequently needed items, this company also sells LED Lights, seats, tires, exhausts, and shocks to push repeat business. The business has already secured approval from new automotive distributors to sell additional products, including parts for cars, trucks, boats, and snowmobiles. Adding these lines would enable the company to offer more than 500,000 SKUs, tripling the current product line. With such an exciting step on the horizon, this brand carries big upside potential.

Highlighting the significantly diversified sales platforms this company possesses, they have seen value-defining sales come in from eCommerce giants such as Amazon, Walmart, and eBay. More recently, the brand has been approved for sales on the eCommerce sites Jet and Newegg as well. While the company does populate its own Shopify website, they did recently acquire – through M&A – a second business in 2019, which also sells motorcycle parts and accessories. That business has been in operation since 2004, giving them another well-established platform to broaden sales.

As the company grew and revenues increased, this ignited the drive to widen their SKU lines to even higher profitability. They added top categories items such as riding gear, accessories, wheels and tires, snow gear, parts, sales, and closeouts. This company has also demonstrated just how well motorcycle parts as well as accessories including items such as jackets, boots, casual clothing, and gloves, can sell online. Two of this brand’s highest-earning items are helmets and jackets. Within each category, their catalog of available products just continued to expand with demand and trends, increasing revenues even further.

Generating its strongest revenue figures through Amazon, this company has, in turn, enjoyed positive feedback from its customers through the platform. Their average Seller Rating on Amazon is 4.5 Stars, and they boast a 95% Lifetime Positive Reviews standing along with an Amazon bestseller tag.

Although the start of the year brings about decelerated sales for this company, they heftily enjoy steady sales throughout the balance of the year. The season for motorcycle apparel typically runs from mid-March through the end of September, with an additional spike in sales around the holidays. The business is seeing a new and encouraging trend, with sales rising in December and January for their winter and snow-related products. Aside from helmets and jackets, they have now seen a rising interest in their boots, globes, exhausts, and power commanders products, making them fortified contenders to be added to their best-selling list.

Offering a highly efficient method of operations, this company enjoys limited inventory and has no warehouse requirements. Their extensive list of SKUs is sourced mainly from local distributors and vendors in the U.S. with a few outliers in Europe. 90% of orders are handled in a drop-ship method, although a few items are stocked to account for tremendous demand. Capitalizing on such hands-off business practices has enabled the owners to spend just 15-20 hours per week running this business, focusing mainly on customer service, placing orders, and updating their data and inventory. The current ownership is assisted by a part-time customer service representative but could optimize their efforts with the addition of a VA or virtual assistant.

A buyer could easily find ways to sharply increase profitability for this company. An ambitious course of action with be to leverage those new agreements and spearhead the available 380,000+ products this company has agreements for. The more products being sold, the more revenue this brand will generate.

With half of their sales coming from PPC ads on Amazon, Google Ads have also aided in driving paid traffic to their Shopify site as well.  The company has largely relied on paid advertising to generate traffic and sales. These efforts could be further enhanced with the development of a stronger social media presence along with a targeted lifestyle blog for SEO.

Taking pride in its email database, which now exceeds 100,000+ subscribers, the company has not seen the need to invest much in email marketing campaigns. However, launching a regular informative email or one that promotes specials and deals to such a massive database would definitely drive traffic much higher. With the development of a blog, a regular newsletter could also be established retain consumer interest and encourage repeat sales.

Shifting its focus to implementing more integrated means of traffic towards its site, this company could grow quickly by investing in proven methods to boost organic traffic. Already operating popular social media accounts on sites such as Instagram, Pinterest, and Facebook, they could improve their outreach practices across each platform to gain more awareness and loyalty.

As motorcycle sales continue to rise, along with this company’s ability to triple its revenues in such a short term, there is more than enough evidence to conclude that this acquisition stands as a strong investment.

Given the major boost to the motorcycle gear and accessories industry, which this company has attributed to handily, what it takes now is a buyer who is ready to embrace this company’s stunning success over the past five years and use creative means to rise to the next level of profitability.

This eCommerce Retailer is Represented by: