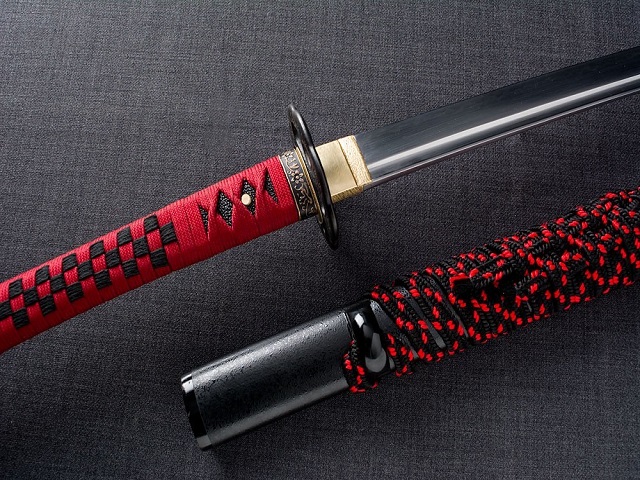 Website Closers® presents a cutting-edge, SBA Pre-Reviewed eCommerce business that for 7 long years has experienced enormous online success appealing to customers who have a passion for Swords, Knives and Accessories. This highly unique business primarily focuses on Chinese, Japanese and European Samurai and Ninja Swords. 30% of the company’s sales are derived from Custom Swords, where a user can use the onsite Sword Builder to build their own unique piece that nobody else in the world would have. The company currently dropships all products, which reduces the toll on cash flow and allows them to focus more on new product opportunities and servicing their growing customer base. Over 60% of the customers that visit the website proclaim their love of video games, which is a highly connected ecosystem with these blades. 15% of customers are repeat buyers.

Swords, one of the oldest weapons in existence, are a very popular feature in video games, and as most know, movies as well … like none other than the Game of Thrones, a 47 Emmy Award Winning TV Series where Valyrian Steel was the sought-after metal for forged swords, the primary battle armament of those days. Virtually any fantasy game is likely to have a sword as an available weapon. Remember the Legend of Zelda – our poor Link had to begin with a Wooden Sword. Sword fighting games are particularly popular, and this company has successfully appealed to those gamers who not only love to see swords in their favorite videos games but then want to own a sword, maybe even start a collection.

The customer base for historically accurate and expertly crafted swords is quite diverse, and includes those who collect guns and knives, those active in the martial arts, and antique collectors. This brand has been tremendously successful finding its core audience, and as they’ve grown, the company now has more than 540 SKUs at market.

This brand built its strengths in three ways: through social media, affiliates campaigns, and a very high focus on the customer experience.

Launched seven years ago, this company’s goal has always been to market swords that are handcrafted, made-to-order, and drop-shipped directly from the manufacturer to the customer. More importantly, the company opted to have its SKUs crafted in Longquan (Zhejiang Province), a city in China historically known for its esteemed swordsmiths, a place where sword making was perfected. That has added a great deal of authenticity to their SKUs and added to their appeal among buyers. The company then started creating its own products based on custom orders commissioned by their customers, which then were turned into new products.

All products are sold under their own brand. With an average order value of $320, sales remain strong throughout the year, while peaking around the holiday months. This brand has done exceptionally well connecting with prospective buyers through social media, particularly its Facebook page, which has more than 28,000+ followers. Their own research indicates their customer base is a diverse group. 60% of customers report buying a sword because they have a passion for movies, video games or the computer-drawn anime films in which these swords appear.

The images of their hand-crafted swords being posted on the company’s Facebook page has proven invaluable for convincing those video game-loving customers to check out their products. Photos of their finished swords continue to drive engagement and traffic. Another 15% of customers are buying sword as a gift for a loved one with a passion for swords used in video games and films, while a similar percentage have an interest in medieval history and weaponry. The remaining 10% are serious practitioners of the martial arts and want a sword for its functional use.

The typical customer is a male between the age of 18-34, with a shared interest in video games and movies. Their repeat customer rate is now 15% and rising, and the average customer has a lifetime value of $515.

The company averages 15 shipments per day, and while 98% of this brand’s sales are eCommerce – the company sells on both its own website and on Etsy – it has an emerging wholesale business, and is in partnership with five wholesale customers today.

Besides social media, the brand has a multifaceted approach to its marketing. SEO plays a major role in their success. The brand’s website is fully optimized and includes an educational and informative blog that explores how their swords are made and the rich history behind these swords. This has helped give the company a massive 48,000+ monthly visits to their website.

The brand’s affiliate campaign has been a huge success as well. The company has reached out to influencers, sending them free swords to get their products featured on their social media pages, and giving them additional incentives to advertise their products. The brand forms affiliate marketing partnerships with related companies and websites to bring in additional customers, and this has worked exceptionally well at boosting sales.

The company has untapped potential in several areas. Right now, 93% of sales are conducted on the company’s website, and 7% on their Etsy site. The company could expand onto Amazon, which would introduce their SKUs to the massive customer base of the eCommerce titan. This would be a great expansion opportunity for the company. Likewise, the brand doesn’t have an email marketing campaign, but they do have 18,000+ subscribers in their email database, giving them enormous potential for launching a regular email marketing campaign that includes promotions, special deals, new product announcements, and upsells.

Another key option is to launch a PPC ad campaign, which hasn’t been utilized yet. Running paid advertising on social media sites such as Facebook, Instagram and Snapchat would be great opportunities for enlarging their customer base. Expanding their SKUs would be a likely way to scale quickly, particularly if the new swords were modeled after ones in popular anime and video games. The company could also form partnerships with knife and gun shops, as well as martial arts clubs to further expand sales. Finally, understanding the important role that visuals play for a company like this, the brand could launch a video marketing campaign and post creative videos on sites such as YouTube and TikTok, while also sending out free swords to popular influencers on these platforms.

This is a highly automated business, one that the current owner spends less than 5 hours per week operating. The company has four employees who are independent contractors, including three customer service representatives who respond to customer emails and process orders, and a manager who organizes the team. They stay busy, answering up to 200 emails each day and 10 Facebook messages.  Any time a new video game or movie is released that features swords, this noticeably drives sales. Considering that video games and anime are both growing at astounding rates today, that paints an exceptionally strong picture of this brand’s own future.  In fact, this company has lovingly introduced the concept of starting your own sword collection to many of their video game fans.

For a buyer, this is a terrific opportunity to enjoy the company’s recurring revenues and fully automated operation while looking for simple but enormously effective ways to take profits considerably higher.

This eCommerce Brand Represented by: