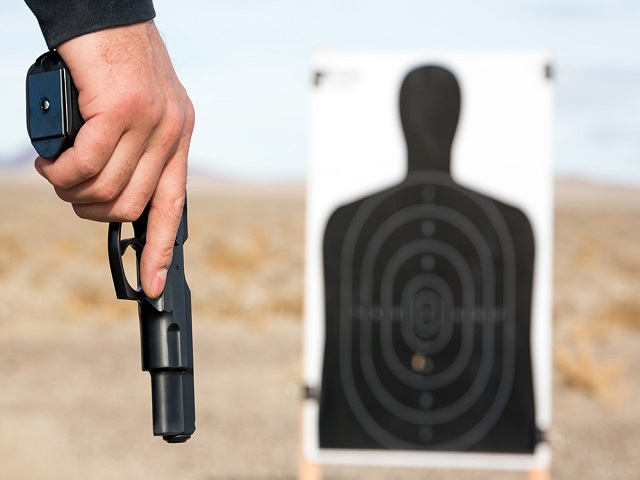 Website Closers® presents a stunning success story, an eCommerce business that is enjoying 61% gross margins, growing eCommerce sales, and a rapidly emerging B2B sales channel for their products. Offering digital solutions focused on laser target practice systems for firearms, this company is also launching a subscription service for the more than 50,000 active users of their products. Already carrying new partnerships with top retailers such as Bass Pro Shop, Dicks Sporting Goods, and numerous others, the company is now branching into the government defense training space. In active negotiations with the U.S. Air Force and the Los Angeles Police Department, they are working to develop an enterprise software that helps train new recruits.

This company has crafted a specialized Laser Firearm Training System that can be used conveniently at home. The system allows users to train at home, save money on ammunition and improve accuracy. At a high level, the company’s product line is based on a dry-fire training system that allows users to practice shooting skills using actual weapons without the need for live ammunition. By using their signature target, laser cartridge and smartphone holder in unison with their smart phone app, one can safely practice their shot in the comfort of one’s home. Traditional shooting practice is expensive and time consuming – you need to drive to and from, purchase ammunition, wait for your shooting alley to open up and clean your weapon after firing. Now you no longer need to pay for range fees and ammunition to improve your accuracy. This business allows you to develop your shot safely at a much lower cost, with live feedback, and accuracy metrics in our app that show your progress with every session.

Dry-fire training isn’t a new concept. Police officers, the military and special ops teams have been using dry-fire training to improve their shootings skills for years. This training system is bridging the gap between expensive shooting technology, and affordability for Americans nation-wide. On top of this powerful endeavor, the brand is also developing new products and the company is poised to launch sales internationally. Combining each of these growth initiatives, this brand is ready for phenomenal expansion. The field of gun sales is not only among the most durable and highly profitable industries, but also one that has experienced tremendous revenue increases over the past two years. In the first four months of 2021, gun sales surged by 31% to 15.9 million, the largest figure ever recorded, and that increase was just the beginning of a trend. Gun sales in the U.S. spiked by 40% in 2020 to 39.6 million, and more than 5 million people were first-time gun buyers last year. Sales to women are also up by 40%. Their repeat customer rate now stands at 11% and growing.

Similarly, over the past 5 years, the Shooting Ranges industry experienced huge growth as well, fueled in part by a continued interest in shooting, especially among women. The National Shooting Sports Foundation reports that participation in shooting ranges increased by 28% overall while women’s participation soared by 81% in the past two years.

This company serves as a bridge between those purchasing handguns, shotguns, rifles, and other arms, and those eager to practice using one. The company created numerous patentable laser cartridge training kits that allows people to do their target practice safely at home, and save money on ammo and shooting range fees – in effect, doing as much practice shooting as they want, only for far less money than it would cost to regularly attend a firing range. The products also appeal to gun owners who want to improve the accuracy of their aim.

Sales remain healthy throughout the year, with only a slight drop in July and August when people are on vacation and less likely to practice shooting. With 8 SKUs and a well optimized app earning a $129 Lifetime Value. The brand has developed a deep connection with their highly engaged and enthusiastic audience. Appealing to a growing group through their products appealing to people of all ages, and to those with a household income of $110,000+. While men make up the bulk of their customers, women are a fast-rising 20%+.

Social media has played a key role in the company’s rapid success. Instagram, where the company now has 26,000+ followers, has been particularly useful, and so has Facebook, where they enjoy 4,800+ followers. The business has a PPC program as well, focused on Facebook and Google. Their SEO program has effectively enabled the company to rank well for the keywords they target.

The results of this digital marketing campaign have been impressive: the company averages 130,000+ monthly visits to their website and has an email database with 100,000+ subscribers. Their position in the coming years could look dramatically different from where it is today. Expanding their sales channels to include not just their Shopify website, but Amazon as well may drive monumental growth. So far, sales on Amazon are just 5% of gross totals, but projections are that Amazon will soon represent 20%+ of sales, and so far, customer reviews have been excellent.

This is just the start of the brand’s significant growth plans. The company is launching a “Pro” version of the laser target, which will sell for $199 and require the customer to pay a $9.99 monthly subscription fee.  The company will be offering an upgrade to their current app, which is expected to dramatically increase the company’s value. If initial sales are healthy, the company plans to quadruple its marketing spend on these items. All their SKUs are proprietary, and there are patents pending on 3 of their software offerings.

Recently, the brand surpassed another major milestone: successfully launching a B2B program targeting large retailers. Within 30 days, the company had purchase orders from 20 independent stores. Their partnerships now include retailers such as Bass Pro Shops, Sportsman Guide, Dicks Sporting Goods, Cabelas and Bi-Mart, among others, giving this company the ability to build up a thriving wholesale market for their SKUs.

Another significant development occurred when the company was contacted by both the U.S. Air Force and the Los Angeles Police Department to see if they could develop enterprise software that would be used to train military and civilian law enforcement recruits on target practice. In addition, there are several other new products in development for 2022. As new products are being launched, the company could tap into its massive email database for an effective email marketing campaign that focuses on promotions and upsells to existing customers. Any one of these could represent an immense scale opportunity on its own for this fast-growing business but taken together they point to outstanding progress for this business in the next few years.

The company employs an experienced team that includes a marketing manager, two customer service representatives, three customer support agents, and two members on their sales team. The company makes up to 300 shipments a day and handles up to 200 customer service inquiries daily.

Having achieved so much success in just two years speaks volumes about the solid business foundation the current owners have built, and their expansion plans point to a phenomenal future for this brand. A buyer would be coming in at the ideal time to watch profits soar and then create new ways to get this business to an even higher level.

This Firearm Training System Represented by: