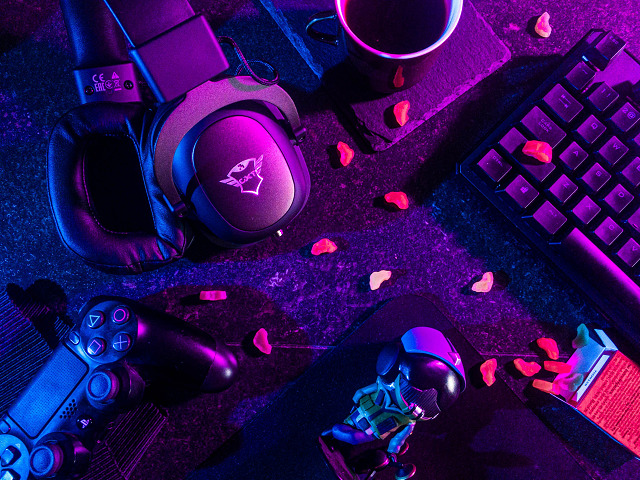 Website Closers® presents an SBA Pre-Qualified Amazon Retailer scoring high within the coveted market of Video Game Consoles, Games, Products, and Accessories. With 7 years of success under its belt and consistent positive ratings on its current sales channel, this business has proven itself to be a promising market leader. Clear profit paths at the forefront and steady revenue found around every corner set the stage for this acquisition to “1-Up” the competition.

It’s no surprise that the Video Game Industry has seen an overwhelming surge in revenue within the last five years, and is expected to reach a staggering $180 billion in comprehensive earnings in this year alone. Over 40% of these earnings come from console and PC games, likely due to the ever-increasing esteem and respect for video game culture as well as increased interest in the community. People are playing videos games both earlier and later in life, and the demographic is no longer split along gender lines. Streaming has also led to a rise in traction for the industry as a number of players have made a living by broadcasting gameplay from their homes with great success.

Launched in 2014, this gaming hub boasts over 2,000 active, profit-driving SKUs catering to the expansive consumer demographic they inhabit. Listing popular games and consoles from companies like Sony, Microsoft, and Nintendo, they’ve been able to receive their primary earnings from standard mark-ups as well as unique product bundles. These strategically diversified product offerings have allotted them consistent revenue streams and opened them up to international marketplaces.

Streamlined to dish out maximum profits at minimal cost, this acquisition’s no-risk inventory model drives impressive margins. Their average order value stands at $115, and they fulfill approximately 50 orders each day. Their top selling products include the PlayStation 5, Xbox 360, and Oculus Rift, just to name a few. These products have secured them a positive lifetime review rating of 89% on Amazon.

Despite completing all shipping in-house, the space required to store this inventory is minimal as items are available on-demand and only held for a short period before making their way to the consumer. Introducing new vendor networks and utilizing a 3PL partnership could ultimately eliminate the need for inventory storage and would scale the business swiftly and seamlessly while remaining extremely cost-effective.

As an owner-operated company, its sole proprietor dedicates an estimated 30 hours each week to product ordering, shipping, shipment scheduling, and addressing customer relations. Primed for optimal efficiency, this business is ready to go with minimal training required but could benefit from hiring on a small staff to delegate tasks whilst focusing on expanding the business’s capabilities.

Already holding a fixed, commendatory position on the Amazon sales channel, this gamers’ oasis could easily find space to upgrade their sales practices and venture out onto their own fortified domain. Leveraging its searchability and animated growth potential, this business could find natural success by engaging in sales from both entities, doubling it’s already sizeable yearly intake.

These defining features also place this acquisition in a favorable position to begin exploring new brand partnerships, SEO campaigns, social media marketing, and paid advertising initiatives. Collaborating with notable members of the gaming community as well as online influencers from platforms like YouTube to form brand sponsorships could be an enormously beneficial promotional tool to extend this company’s reach to an even wider audience. These sponsorships could also find their way into gaming conventions where thousands of patrons, both nationally and internationally, have access to the brand. Whilst exploring these new brand partnerships, this company could capitalize on additional profits through enhanced margins and additional SKU lines like new consoles, games, mod packs, and accessory SKUs. Adding proprietary branding on existing SKUs  such as game cases, stands, and more would drive recognition as well as exclusivity. A capable buyer could build upon this brand’s influential vendor relationships and develop wholesale offerings to improve the established supply chain and drive extended profits.

Thriving within a loyal market and hosting a dynamic SKU spread, the brand’s minimized overhead, unmatched potential, and a proven 70% YOY growth rate make this brand an impeccable opportunity. Decidedly game for growth in its sector, this is the perfect opportunity for a buyer to level up and successfully enter a highly competitive market, ready to take on new players.

This eCommerce Business is Represented by: