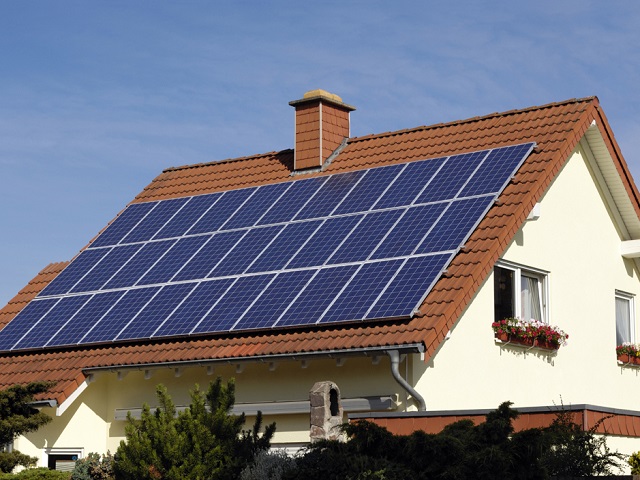 Website Closers® presents a business focused on an increasingly popular industry, renewable energy sources through Solar Panels and additional residential implementation to execute on solarization of a home. This company has used their streamlined eCommerce website to build spanning brand awareness and new contracts. The business primarily sells solar energy systems and power box installation. Their off-grid energy solutions are becoming increasingly popular with homeowners looking to save money on their energy bills, and this company can provide customers with attractive packages that can include solar, roofing, and HVAC work, all of which is aimed to lower energy bills, all while being environmentally conscience.

Sales have soared and the company now has an average contract value of $39,734 for their solar systems. With No Money Down financing on a 25-year term at 1.98% unsecured notes, these Solar Packages can provide a solution for every budget and achieve a decrease in monthly expenditures that otherwise would have gone to fossil burning electricity bills. Such services are offered direct to consumer with various direct contracts with fulfillment companies nationwide.

Sales are generated through the company’s website, which emphasizes the effectiveness of solar systems in promoting energy efficiency and reducing long-term energy bills by as much as 90%. The website is both a conversion and informational tool for consumers. Satisfied customers have given the company strong marks through their testimonials about the significant drop in power costs once the solar panels have been installed.

Today, there is increased demand for solar panels due to heightened environmental concerns. Even the medical professional is weighing in on climate change, so there is no reason to think the solar energy industry is going anywhere but up from here. In fact, solar energy has been a fast-growing industry for the past decade, in which it has experienced an average annual growth rate of 42%. Thanks to strong federal policies like the solar Investment Tax Credit, rapidly declining costs, and increasing demand across the private and public sector for clean electricity, there are now more than 100 gigawatts (GW) of solar capacity installed nationwide, enough to power 18.6 million homes. As of 2020, more than 230,000 Americans work in solar at more than 10,000 companies in every U.S. state. In 2020, the solar industry generated more than $25 billion of private investment in the American economy.

The cost to install solar has dropped by more than 70% over the last decade, leading the industry to expand into new markets and deploy thousands of systems nationwide. Prices as of Q4 2020 are at their lowest levels in history across all market segments. An average-sized residential system has dropped from a pre-incentive price of $40,000 in 2010 to roughly $20,000 today, while recent utility-scale prices range from $16/MWh – $35/MWh, competitive with all other forms of generation. And it isn’t just homeowners embracing solar, but many businesses as well.

This nationwide growth in solar energy solutions has enabled this brand to bring in an impressive and growing sales volume with a stunning 34% profit margin. This company has proven expertise in this very specialized and high growth industry, and this brand has numerous scale opportunities immediately available to it.

Founded in December 2018 to provide home improvement services that include solar and HVAC replacement, roof replacement, energy efficiency, and generators, this company utilizes contractors to perform this work in a complete home energy package. Solar has become 99% of what this company sells, and even their HVAC replacements, which account for 12% of their package deals, typically start with a customer interesting in learning more about the benefits of solar. The combination of roof replacements and solar installations now make up a growing percentage of sales.

Not surprisingly, contracts rise significantly during the summer months when consumers find themselves paying high energy bills due to Air Conditioning usage and are looking for ways to reduce those costs over the long term. This industry began to pick up steam in 2006 when the federal government introduced solar tax credits, which created a boom in the solar industry. Since then, prices for solar panels have steadily dropped to affordable levels for most homeowners. This company has found that homeowners are often quick to make the switch before the end of the year so they can obtain a powerful clean energy tax credit. The start of summer is also a time when air conditioning units often fail, giving this company an added jolt of new revenue.

The company’s typical customer is one that is eager to save money on their electric bills by switching to solar. This niche service has given this company a massive market: virtually any homeowner who pays a power bill and gets plenty of sunlight on their roof for most of the day. With each contract, the company’s customer service team continues to help the homeowner until the solar system receives permission to operate from the utility company once their meter gets switched out for a solar meter and their new solar system is turned on. The company benefits from glowing reviews and referrals from happy customers. Since 2018, the company has completed more than 134 contracts.

Within less than 3 years, this company became the first of its kind to white label solar EPCs (engineering, procurement, and construction), or end-to-end solar energy services that include designing the system and installing it. This one stop shop can be done anywhere in the U.S. With the ability to offer a wide variety of home improvement services besides solar, each one can be added into a solar package that provides enormous lasting value to the homeowner.

The current owner now devotes 40+ hours a week to this business, focusing on customer fulfillment that includes calling leads, closing sales, and answering questions. The owner has no full-time employees but works with 30 independent contractors to complete the contract work.

The company has employed social media to boost organic traffic to their website, with regular posts on Facebook and Instagram. Right now, the company website averages more than 360 visitors per month. An incoming owner could invest further into these platforms by PPC to drive traffic. Those numbers could be significantly increased in several ways. One promising path would be to introduce an SEO program that includes the use of keywords to boost the brand’s rankings in search engines, as well as an educational blog on the website, to introduce more prospective customers to the value of solar energy and energy efficiency solutions. This strategy would also build credibility and brand awareness. This could be a particularly effective practice with young people who are first-time homeowners who may not be fully aware of the benefits of solar.

Digital marketing is a clear path to scale quickly, but not the only one. There is tremendous growth potential in franchise opportunities, both in the U.S. and internationally. Solar is popular across the globe. As electric bills continue to increase during hot summers and cold winters, the demand for solar is growing at an exponential rate worldwide. Every new franchise that launches could offer incentivized packages to energy clients, and the need to replace older HVAC units could be wrapped into a solar package as well. This company could see profits in every state across the U.S. as well as in developed countries around the world.

A lot of the company’s growth will depend on how the website is handled in the future. It remains a top source for convincing people that the investment in solar panel, regardless of the price tag of the contract, will pay off for decades to come. So far, the website has done an impactful job in convincing homeowners to make this investment. As solar energy becomes more attractive to homeowners and businesses alike, both for the environmental benefits and for the energy savings, this company could easily grow to become a behemoth in this rising industry. Their unmatched success so far is all the evidence needed to show how far a new buyer can take this company.

This Solar Energy Company Represented by: