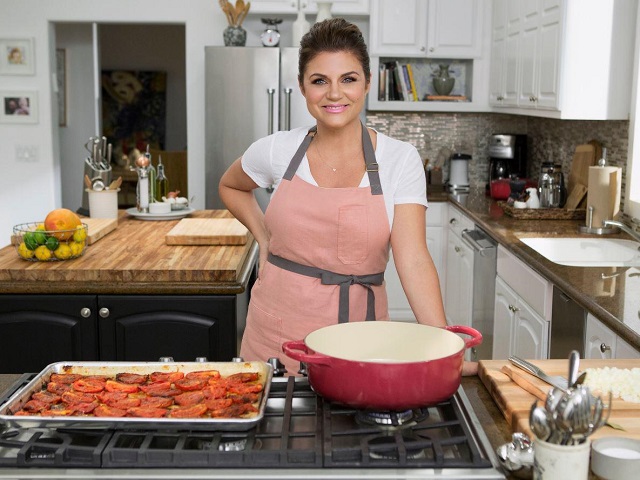 Website Closers® presents a dynamic hub for an industry that has been thriving for decades: Food and Cooking TV Shows. This brand not only produces its own immensely popular cooking shows, but it has also created a multitude of various revenue streams that have helped streamline its revenue generation model. A brand built by a 30-year veteran of the Food Show industry who has worked with industry titans such as Julia Child, Jacques Torres and Martin Yan, this company is well positioned for lasting growth and fresh new ideas to propel the brand even further.

Food TV Shows have been around since the dawn of television in the 1940s; they have earned a large, growing fan base that has survived cable and broadcast to reach modern channels, such as live streaming and YouTube and other channels. Operating more than 100 cooking shows on various networks, this unique and profitable lifestyle network, website, and food store capitalizes on the excitement of cooking, the joy of creating specialized meals, and the public’s desire to learn culinary skills.

Carrying boundless scale opportunities, including the ability to offer the space and services for filming 13-episode programs for other brands, studios, and chefs, other promising paths to future growth include sponsorships and taking advantage of the network’s loyal following on Instagram to build up awareness and recurring customer rates. With an innovative framework, this network exceeds expectations by creating a forum for fans to interact with their favorite chefs through the “Ask a Chef” platform, along with live cooking lessons help encourage brand loyalty and enduring interest. The program has become enormously popular, with 2.5 million visitors to the website in January alone. This popularity extends to the network’s social media accounts which are rapidly gaining followers every day.

Standing on a fully developed platform of a 24-hour programming schedule, this network features culinary entertainment with episodes devoted to topics such as stress-free cooking, Indian cooking 101, positive vibes for making great food, and many others. The streaming website hosts an online store that sells cooking items such as pots, pans, coated cookware, spices, and color-coded handles, as well as foods such as gourmet chocolates, and chips and soda combo packs. This sale includes the studio’s 3 state-of-the-art Kitchen Studios where shows are recorded, and classes can be held.

The network has 4 different, highly lucrative revenue streams which include show sponsorships, show productions, ghost kitchen rentals, and online cooking classes. The network is paid for by food brands both big and small for product placement, and the network also produces other cooking shows for people eager to develop their own specialized programming. This is augmented by their online store for cooking products, culinary tools, and more.

Pilot shows produced by the network have generated between $800 and $5,000 per production, while 13-episode series are generating between $10,000 and $20,000 per series. That being said, there remains plenty of new sales opportunities for continued growth. The platform has already begun attracting sponsors and there are huge revenue-generating opportunities in both pursuing new partners and offering extended advertising options. Increased productions for outside cooking shows could also boost profitability significantly.

A fast-growing trend across the country are ghost kitchen rentals, where virtual brands are produced without a brick-and-mortar location. Facilities similar to the studios owned by this platform can produce and help launch new virtual brands. An immensely fruitful endeavor, this growing branch of the industry is a tremendous opportunity for growth.

Other scale opportunities include producing and selling 1-hour cooking classes that can be purchased and downloaded from the website as well as offering production and editing services to other video brands and networks.

The network could also get a boost from bringing on more salespeople, attending food trade shows to spread word about their platform, and increased use of social media. The brand currently does not use paid ads and relies on organic growth from its Instagram and Facebook pages.

There are promising scale opportunities from the network’s email database of 5,000+ contacts, which could be impactfully leveraged for a highly profitable emailing marketing campaign or ongoing newsletter in the future.

The owner now dedicated 15-30 hours per week to the business, which is spent on filming the cooking, coordinating with editors, and posting on social media. There are currently three active employees, including an editor, program host, and sales director.

Minimizing the burden on an incoming owner, the seller is willing to remain with the company as a consultant and to collaborate on new shows, sponsorships, recipes, cookbooks, and other lucrative business opportunities. The seller also carries their own network of 5,000+ contacts within this booming industry, including plenty of programming directors and executives that are constantly looking to air content, which could prove invaluable to this company’s continued success.

This company is an incredible opportunity to acquire a well-oiled machine that has brought in substantial revenues as it builds up a massive following for its unique and creative content. The network now has a bank of 65 episodes ready to air, along with new pilot episodes for a multitude of chef shows which each can be effectively leveraged for lasting success.

With the increased popularity of food and cooking shows, this offering is an exciting opportunity to get in on the ground floor of a phenomenally successful platform that is readily prepared to reach new heights. With a bank of unaired project and a vast array of promising growth paths, this company is on the path to unparalleled success that any capable buyer could take full advantage of.

This Online TV Channel Represented by: