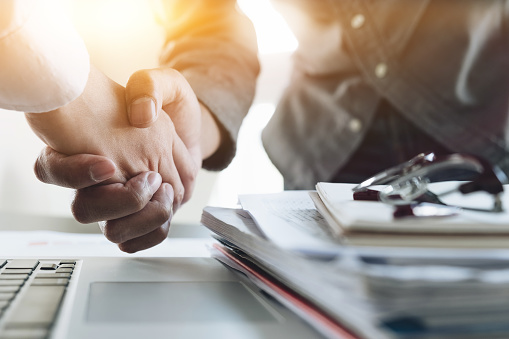 M&A transactions can be valued in a multitude of different ways. Factors used to determine which method of valuation would be most suitable to a particular company include, but are not limited to, the type of business being sold, its growth rate, its category and whether it operates on a subscription, contract or membership model. For instance, Software as a Service (SaaS) companies and Managed Service Providers (MSP) are both valued using very different valuation models. eCommerce Retailers and Marketing Agencies are also valued very differently.

However, generally speaking, but by no means the “standard”, parties to an M&A transaction arrive at the Enterprise Value of a company by using a multiple of earnings. It is generally accepted that when you sell a company, you do so based on Seller’s Discretion Earnings (SDE). This is calculated by identifying the target company’s 12 month accrual-based earnings before interest, taxes, depreciation, and amortization (EBITDA) and adding back discretionary spending, including owner compensation, personal meals, travel, etc. There are well over 1,000 factors at play to determine which deal multiple should be used for a particular company, and of course, the very nature of many those factors and how they relate to the target company, the buying company and any third party lenders or investors can be highly subjective, which in effect causes a “value range” for a business. In other words, a company is valued based on what the market is willing to pay and/or invest in a company, and that is somewhat subjective which results in a value range … most buyers, regardless of their subjectivity, will all agree to pay a multiple on a business within that range.

However, the real point of this article isn’t how to value a business – for that, we highly recommend you contact us to speak with an expert intermediary. The point of this article is to address how a business owner might want to look at another component of a deal as it is being struck – Working Capital. This is often just as important as the ultimate Purchase Price, but is often overlooked by ownership. Before a deal closes, an owner could conceivably attempt to juggle the company’s assets and liabilities in ways that reduce the company’s future cash flows without affecting its EBITDA or, in turn, the purchase price. To protect the buyer’s interest in those future cash flows, many M&A transactions include a working-capital peg (Peg) which acts as a sort of offset against ownership changes prior to closing. And just as importantly, it helps protect a seller that may have excess inventory, receivables or cash on hand (compared to what is necessary for day to day operations).

Generally, Working Capital is defined as the operating liquidity available to a company at a particular time of the month. It’s usually calculated as current assets (excluding cash) less current liabilities (excluding debt), but the specific calculation of working capital for a transaction is defined in the stock-purchase, unit-purchase or asset-purchase agreement. Some deals might include cash and/or debt in the working capital or exclude certain current assets and/or liabilities, such as accrued interest expense, income taxes, accounts receivable, etc.

A Working Capital Target or Peg (“Peg”) is a predetermined working-capital amount that is assumed in the purchase price and negotiated among the parties during due diligence (after enough information has been traded on company operations to better understand the company’s month to month operating liquidity. For example, a deal might include a purchase price of $30M and include $3M of Working Capital at closing. The Peg could also be set as a range (e.g., $2.5M to $3.5M). The purchase price is adjusted up or down based on the actual working capital level at closing.

The adjustment is often made on a dollar-for-dollar basis. In the example above, with a $3M Peg, if the seller delivers only $2M of Working Capital, the purchase price would be adjusted to $29M. Conversely, if the seller delivers $4M, the price would become $31M. This up/down fluctuation is important to not just protect the buyer against nefarious business owners that might try to squeeze everything out of the company prior to close, but also to the owner of a business, especially one that has to deal with fluctuating inventory levels throughout the year. For instance, if an eCommerce deal is closing in October, and November is a company’s largest sales month, there’s a very good chance that the seller has a much higher level of inventory on hand compared to average levels… and if the company is also growing, that growth (and the additional investments made to deal with that growth) has to be taken into account as well. So, the buyer and seller have to look at what is an appropriate Peg for the company taking into account trajectory, seasonality and average working capital levels to properly determine what the Peg should be at closing. Buyer and Seller are each protected, up and down, should that Peg not be met at closing.

The Need for Pegs

A Working Capital Peg is intended to ensure that (a) a buyer receive the expected mix of assets and liabilities necessary to run the business at the closing table, and (b) a seller is compensated for any overage on the books at closing. This process is very important in the eyes of both parties.

For buyers, they know it is possible to change the mix of current assets and liabilities without affecting income and SDE so that a seller could maintain its SDE but not deliver the promised mix. As a result, the buyer would end up with less future cash flow than it had bargained for.

Specifically, a seller could manipulate assets and liabilities by doing one or more of the following:

The seller could reduce its production and inventories-for-sale. When the buyer then takes over the company, it will have fewer inventories to sell and will need to incur higher-than-expected costs to rebuild inventory levels.

Instead of paying its vendors in the typical 30 days, the seller might stretch its payments to 60 days. The buyer then could face higher-than-expected obligations when it takes over.

A Peg will also help the buyer deal with less egregious issues that can affect a deal’s bottom line. Consider, for example, a target company that does not maintain an A/R allowance for bad debt. During due diligence, the buyer determines that the company should have reported a $100,000 allowance throughout the year preceding the transaction. If adjustments are made to provide for a $100,000 allowance, SDE is not impacted and the purchase price would remain the same. But the balance sheet would have overstated the asset balance for A/R by $100,000, thereby overstating Working Capital. With a Peg that provides for adjustments for such under or over statements, the purchase price would drop by $100,000.

Finally, a Peg can also pre-empt certain non-cash-flow issues. For example, if a seller stretches accounts payable, it could alienate vendors, creating a thorny situation when the buyer takes over. A Peg increases the likelihood that the buyer will obtain the expected relationships in addition to the expected cash flows.

The most common method for calculating a Peg is based on the average monthly adjusted working capital over a 12-month period. The monthly working capital is determined according to the stock-purchase, unit-purchase or asset-purchase agreement. An agreement might, for example, define working capital as: (i) current assets (excluding cash); (ii) less current liabilities (excluding debt); (iii) less items that are excluded by definition in the purchase agreement; or (iv) plus or minus pro forma or due diligence adjustments determined during the financial due diligence analysis (such as the need for a bad-debt allowance).

A 12-month analysis is not appropriate in every situation. If the company is experiencing substantial growth, for example, a 12-month working-capital analysis might not reflect the company’s current working-capital needs. Also, if revenues grew 75 percent in the second half of the year, it’s likely that the working capital at closing will be higher than a Peg calculated on a 12-month average, which would drive up the purchase price. In this case, the Peg might best be calculated on the most recent 3 or 6 months.

Seasonality should also be considered. Twelve month Peg calculations generally factor out seasonality, but, depending on whether the purchase is made in or out of season, actual working capital could be much higher or lower. If the deal is made during peak season, working capital is likely to be higher than average, and the buyer would be required to pay more. If the transaction is completed at an off-peak time, working capital will probably be lower than average. With a seasonal business, it might make sense to calculate the Peg based only on the seasonal or non-seasonal period, depending on when the purchase occurs.

A Peg that shouldn’t be removed

The working-capital Peg protects the buyer from changes in the targeted company that won’t show up in SDE but could reduce expected future cash flows, and protects a seller to allow them to operate the company as usual prior to closing without worrying about which party will realize the profits made on investments prior to close. A properly calculated Peg will take both party’s concerns into account and balance everything out for the closing.

Like everything else in an M&A transaction, the Peg amount and how it is calculated is open to negotiation. However, the existence of the Peg should be non-negotiable. It is always necessary.